Nagawa Town is located roughly in the center of Nagano Prefecture. A quiet town, its unchanged rural landscape stretching across the plains, with villas dotted throughout the hilly areas connecting with the Utsukushigahara plateau and Mt. Tateshina. Hoshikuso Pass, located in the town’s southwest, has been a well-known obsidian quarrying area in Japan since ancient times. Why not take a relaxing break, surrounded by Nagawa Town’s rich nature, history, and culture. 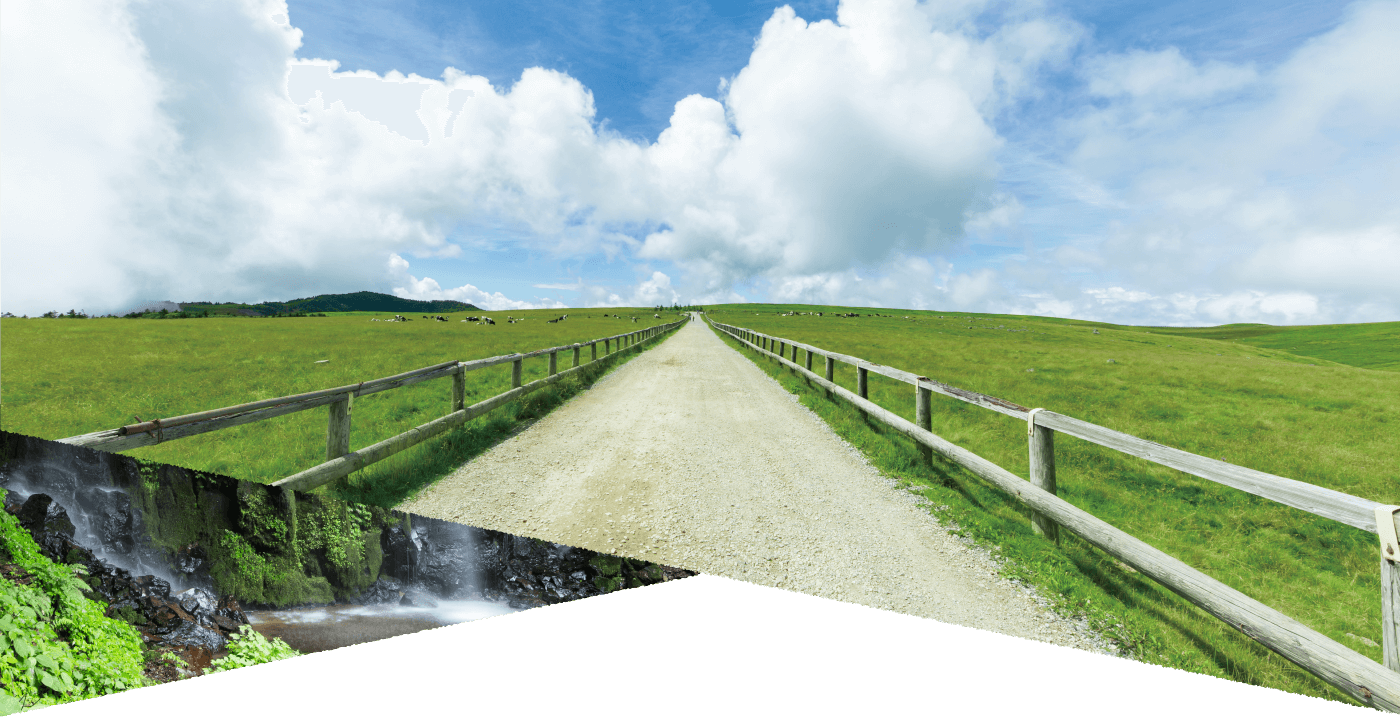 Nagawa Town is adjacent to the Utsukushigahara and Kirigamine plateaus. You can enjoy not only fabulous scenery of the highlands, but also a marvelous view of two interweaving rivers flowing down from the mountains into the plain. Fudo waterfall and Honzawa valley are also famous for their beautiful autumn colour scenery.

During the Edo Period, many travelers visited Wada Post Town and Nagakubo Post Town, as rest stops along the Nakasendo Road. In recent years, the traditional inns found in the towns have been restored and preserved, making it a popular photo spot. Take a trip back to the Edo Period while strolling through these towns. 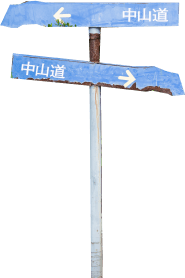 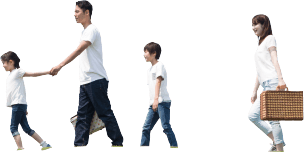 In addition to obsidian exhibition explanations, there is also a range of places where you can enjoy hands-on experiences. These include the Obsidian Experience Museum, where you can try making stone implements and comma-shaped jewels, and papermaking at the Shinshu Tateiwa Japanese Paper Museum-Shop. Great for the whole family, rain hail or shine. 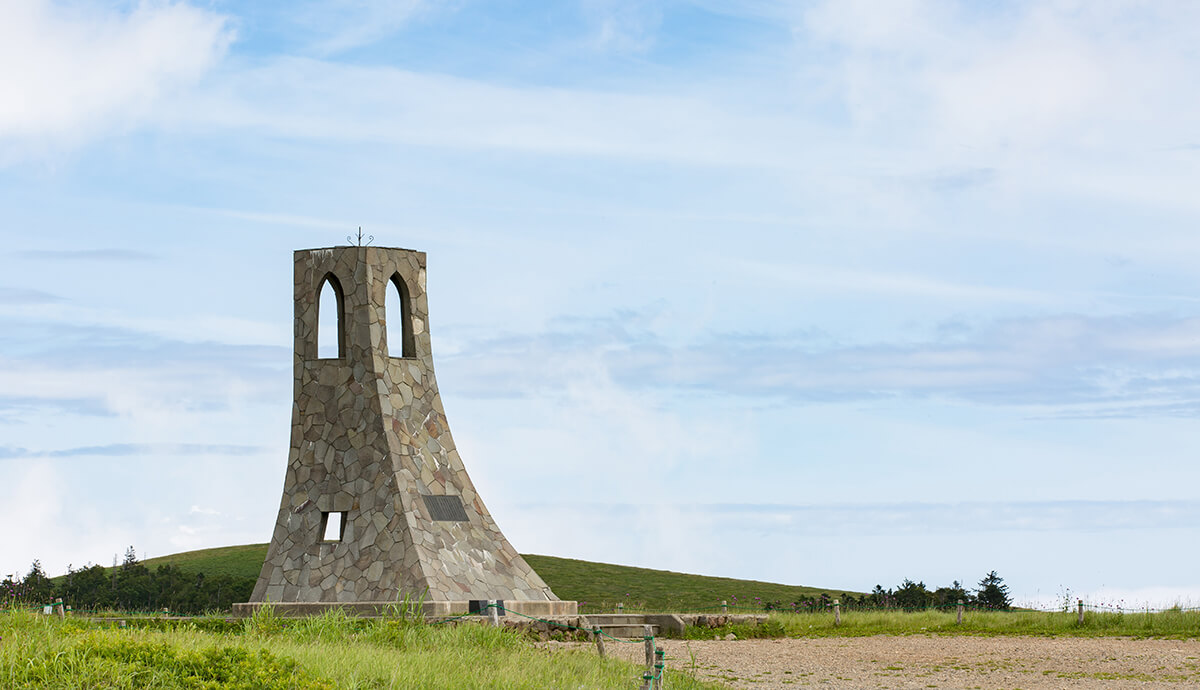 The Utsukushigahara plateau (elevation 2,000 m) is located at the end of the Venus Line, in the northernmost area of Yatsugatake-Chushin Kogen Quasi-National Park. It is a unique location, offering a 360-degree view of the Northern, Central and Southern Japan Alps, and also Mt. Fuji. Cattle graze on the rolling grasslands, while over 200 varieties of flowers including azalea, buttercups, gypsy rose, and daylily color the countryside in each season.
However, thick fog develops regularly in these beautiful highlands, and there were many accidents between mountaineers.
In order to protect mountaineers, a fog-bell was installed at the top of Utsukushi Tower, a refuge tower built in 1954.
It stands 6 meters tall and was built using teppeiseki stone (a special product of the area).
On the south side. a poem titled “Utsukushigahara Lava Plateau” can be seen, written by poet Kihachi Ozaki, who held great affection for the area. The northern side is decorated with an embossed plaque of Shun’ichi Yamamoto, honoring his service of maintaining the mountain trail and opening Yamamoto Hut. A ceremony announcing the start of the climbing season is held in front of the tower on April 25 every year, praying for safety. 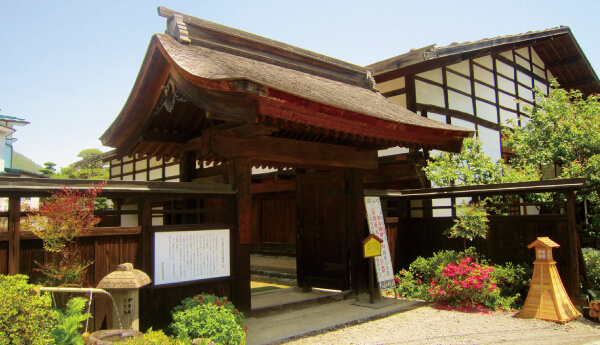 A place that has seen the history of the Hime Kaido (Nakasendo) Road Wada Post Town is the 28th of 69 stations on the Nakasendo Road. Wada Pass is located to its rear, and it used to be 22 km to the next station (Shimosuwa Post Town). Thus, Wada Post Town was used by many travelers.
Honjin inn (Nagai family) was burnt down in the March 1861 fire that destroyed two-thirds (109) of the inns in the area. However, it was to be used as lodging for the wedding of an imperial household woman in November, and thus quickly rebuilt.
Honjin was divided into two buildings: a guestroom building (used for lodging by feudal lords) and a living area building. The latter of the two remains today, and is characterized by the stones (1,633 in total) placed on top of its shingle roofing. (The guestroom building was moved to Ryuganji Temple in Ikuta, Ueda City.) Honjin Inn was disassembled, repaired, and restored over a five-year period starting in 1986.
In addition, townscapes preserving the appearance of the old days still remain, including the Kawachiya Wada Post Town History Museum, Daikokuya, and the Ippukudokoro Hamaya (Nagakubo History Museum). 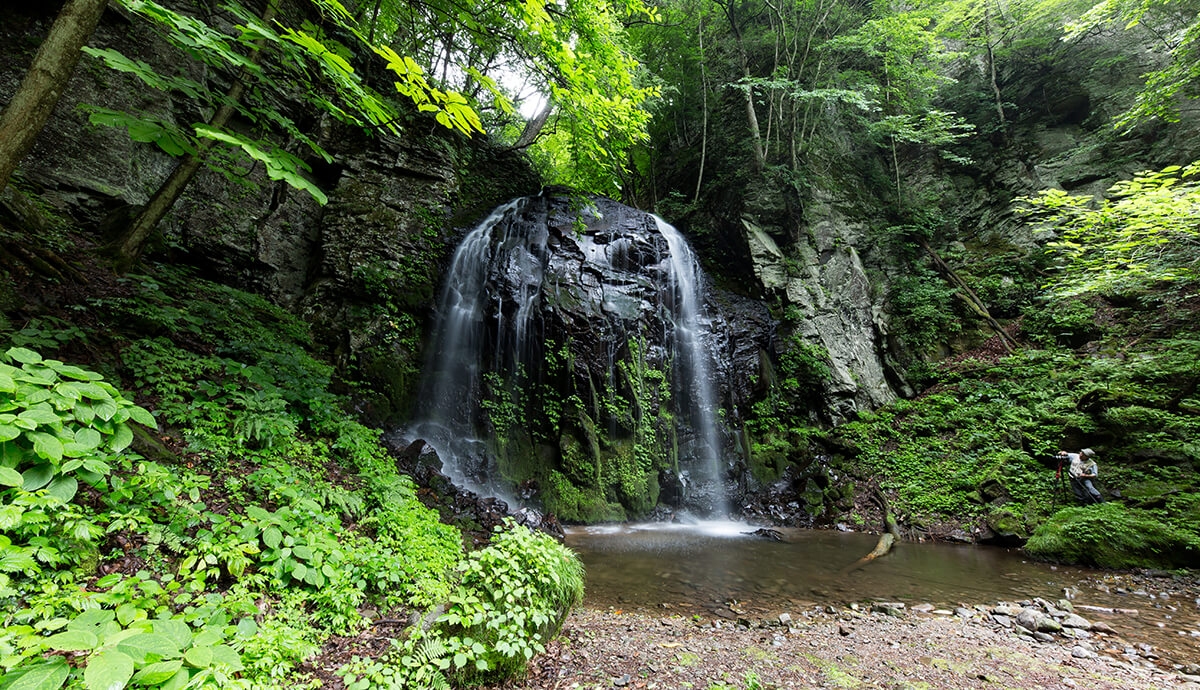 The majestic legendary waterfall of the En no Gyoja mountain ascetics
The water of the 16-meter-high Fudo Falls flows through the Daimon Omozawa Gorge and forests. Despite the large volume of water, it is somewhat elegant in appearance.
Said to be a location for ascetic practices long ago, the Buddhist deity Fudo Myoo (after which the falls are named) is enshrined on the side.
Enter the forest road off National Route 152 when you see the “Fudo Falls” sign, then from the carpark, it is around a 20-minute walk. On the way, if you look up at the large standing rocks, you can see the sky through the openings in the trees. The sound of water becomes louder, and the white figure of Fudo Falls will appear before your eyes. The arrangement of the trees and rocks is beautiful, creating relaxing scenery.